When Should I Replace My Driving Belt

What does a serpentine belt do?

Well, it won’t keep your pants up, but it does transport power to your vital automotive components. The serpentine belt is one long, snaking, winding belt that keeps your alternator, power steering pump, air conditioning and — in some cases — your water pump running smoothly and effectively.

Didn’t cars use to have more than one belt?

Back in the day, cars had individual belts for many components. Though each belt could be replaced individually, these cars experienced inconsistent or compromised performance as individual belts began to wear down. Now that vehicles employ a single belt – the serpentine belt – that’s no longer an issue. That said, it’s critical that regular inspections are done to make sure the belt is in good shape.

How often does a serpentine belt need to be replaced?

Serpentine belts are built to last – much longer than before because of advancements in rubber technology. Under ideal conditions, a belt should stick with you for an average of 60,000 to 100,000 miles. Pretty impressive. However, some belts are manually tensioned and may need to be adjusted. Others have a self-tensioning mechanism that can experience wear over time and may need to be serviced. One thing to remember: in most cases, if the belt breaks, the vehicle will stop running.

Need your engine belt inspected or replaced? Schedule an appointment.

How many belts do most vehicles have?

Today, there’s one belt to run them all — well, for the majority of vehicles. It’s called the serpentine belt. Some rides may have an additional belt to run select accessories, but the serpentine does the bulk of the work. Before this all-in-one serpentine solution, cars were equipped with many different belts to power individual parts and components.

Get your engine belt inspected or replaced. Schedule an appointment.

What happens as a belt gets older?

They can wear, fray, crack or become shiny or “glazed,” and rubber parts can peel off the belt. An aging belt can also begin slipping or squealing, become contaminated with fluid or become misaligned, in which case it will need to be replaced. An old belt can even snap, leaving you up the creek; without one, drive torque to all of the engine’s accessories is lost.

What is the benefit of having a belt replaced?

Driving on an old belt is a disaster waiting to happen because it powers most all of an engine’s accessories. That means when your belt breaks, slips and, ultimately, wears out, everything – from the power steering pump to the alternator and air conditioner – stops working. What’s more, the parts it controls can become severely damaged. Broken hoses and belts are bad; a damaged engine is even worse. By replacing your belt periodically, you can minimize the risk of breakdown.

Make time to have your belt inspected.

An annual car inspection or a visual inspection during an oil change is good way to determine your belt’s current condition, while giving you an idea of when it needs replacement.

Drive with peace of mind. Have your belt inspected. Schedule an appointment.

What is a “belt tensioner,” and what is the benefit of replacing it when a belt is replaced?

Many of today’s vehicles are equipped with a self-tensioning device called an automatic belt tensioner. These tensioners are designed to hold a predetermined amount of tension on the serpentine belt so it functions properly and keeps your car cruising.

Your serpentine belt is like one giant, fast-spinning rubber band. And, like a rubber band, it must maintain a balance of flexibility and tension. Most tensioners feature an internal spring and pulley, which applies needed force against the serpentine belt to keep it tight. If there is not enough tension, a belt can slip, squeal or run hot. Worst-case scenario: a loose belt may come off of its pulleys. When this happens, all the accessories powered by the engine go kaput and the vehicle will stop running.

Quick fact: If your serpentine belt is loose, you may have other mechanical problems like under-performing water pump, which can cause the engine to overheat. Avoid performance loss. Bring your ride in as soon as possible. We’ll take care of you.

Need your serpentine belt checked out? Schedule an appointment today.

How many different types of belts are there?

A serpentine belt is the most common belt in today’s cars – it controls the functionality of most every system for your car. Alternately, your ride may feature a series of V-belts (also known as a fan belts), which perform the same all-purpose functions as a serpentine belt. Some vehicle’s may also have a “toothed” timing belt in the engine that is key to your overall engine performance. This belt may drive the water, oil pumps and other key parts.

What are symptoms my vehicle’s belt may require a belt replacement?

Funny noises may be related to problems with other parts. Never ignore a noise. Where there’s a noise, there’s a potential problem. Have your ride inspected and keep your four-wheel investment protected.

Don’t ignore the warnings of belt failure. Schedule an appointment for an inspection. 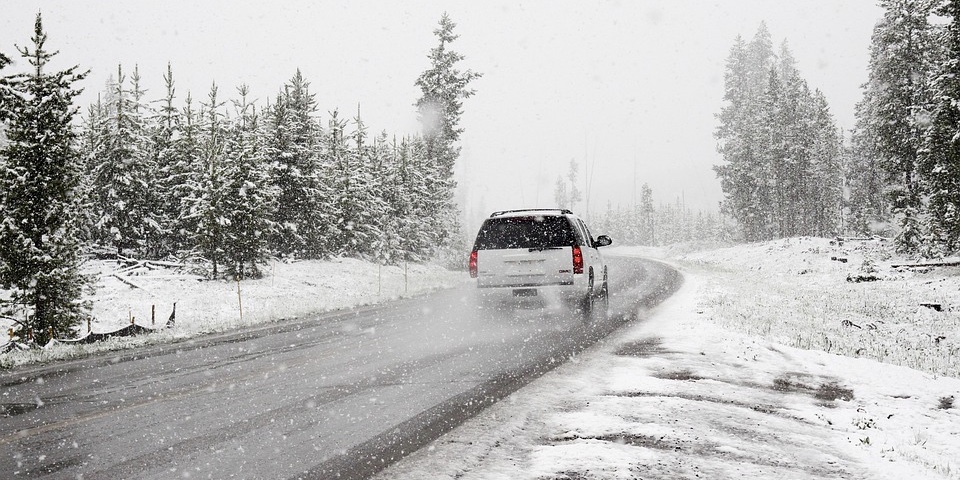